We like to do things  a little bit differently here at J. La Plante Photo and we’re always encouraging our couples to think outside the box and let their individual personalities shine through when planning their weddings. Music selection is no exception to this rule. So, today we’d like to discuss a few unique songs to walk down the aisle to!

This is my favorite track off of my favorite album of all time. Unlike the majority of the songs on this two-disc album, “Thirty-three” has a soft, melodic, almost dreamlike quality. Perfect to set the mood for your walk down the aisle.

Fun fact: Billy Corgan (twenty-seven at the time) titled this song “Thirty-three” after a Tarot Card reading in which he was told that his life would completely change at the age of thirty-three. 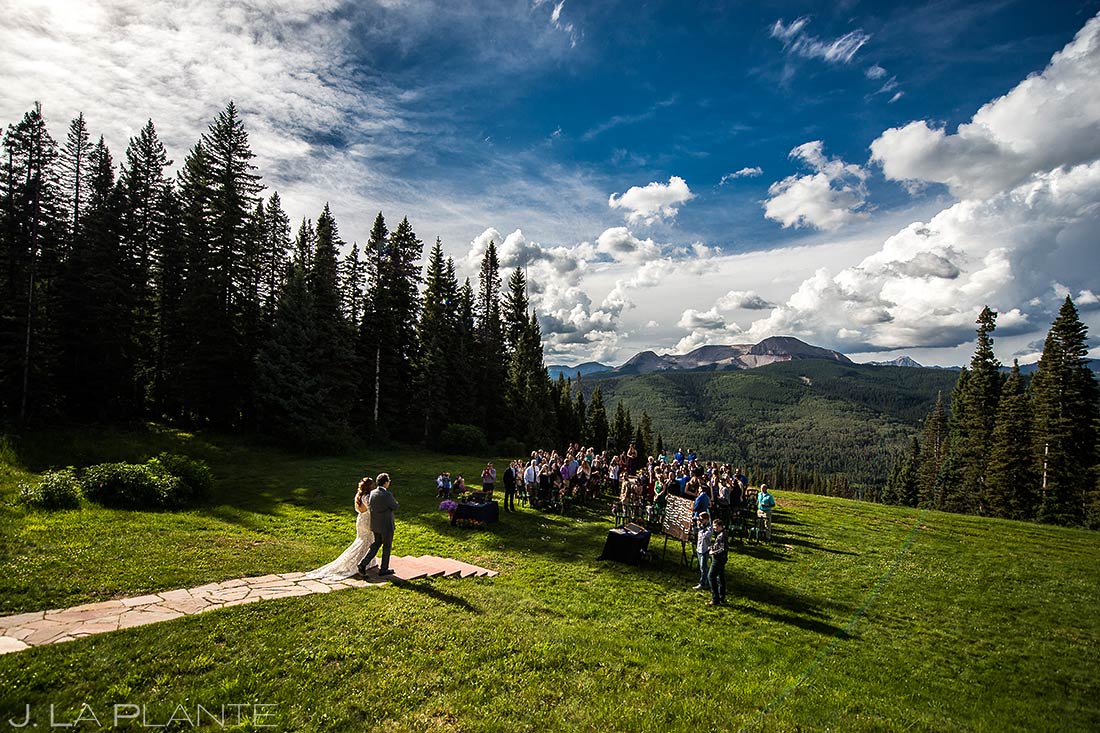 Oasis had a lot of hits in the 1990s and early 2000s, but this ain’t one of them. It was written by Liam Gallagher in 2002 as a tribute to his then fiancé. And damn it, it’s a pretty song. Also, it clocks in at just over two minutes – a perfect amount of time if you have a small bridal party. 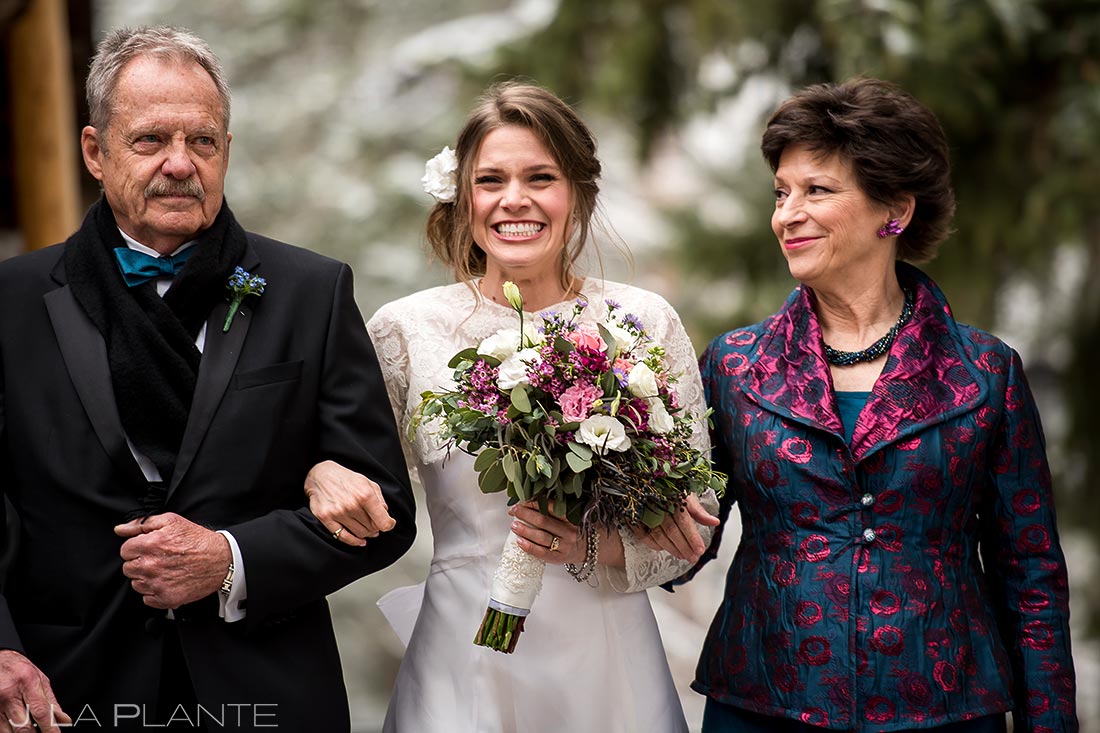 This one of those love songs that sounds really romantic until you start paying closer attention to the lyrics. That said, it’s a beautiful tune that was, incidentally, a personal favorite of Tom Yorke’s mother. And if you can’t get past the two or three choice lyrics, you can always ask your DJ to kill the vocals and just play the melody. 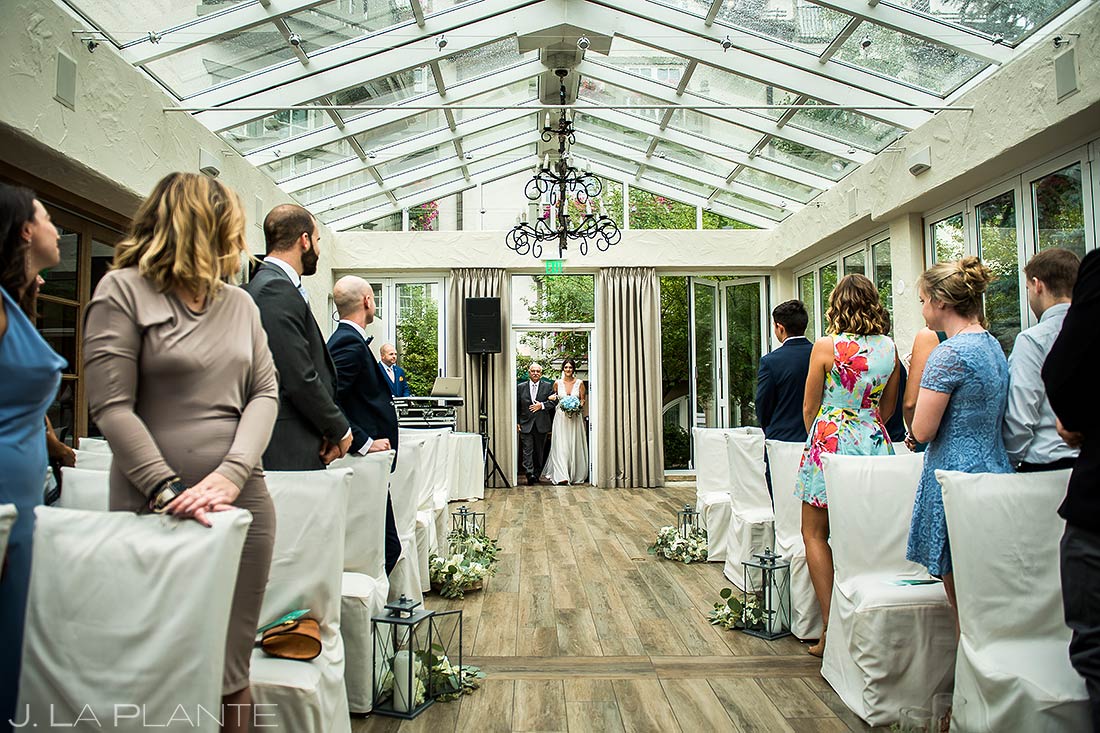 “There’s one thing we’ve got going and it’s the only thing worth knowing. It’s got lots to do with magnets and the pull of the moon.” I have no idea what that means, but I dig it. Much like the Radiohead song, this one has a line or two of colorful language, but it’s masked quite nicely by Scott Hutchinson’s thick Scottish brogue. 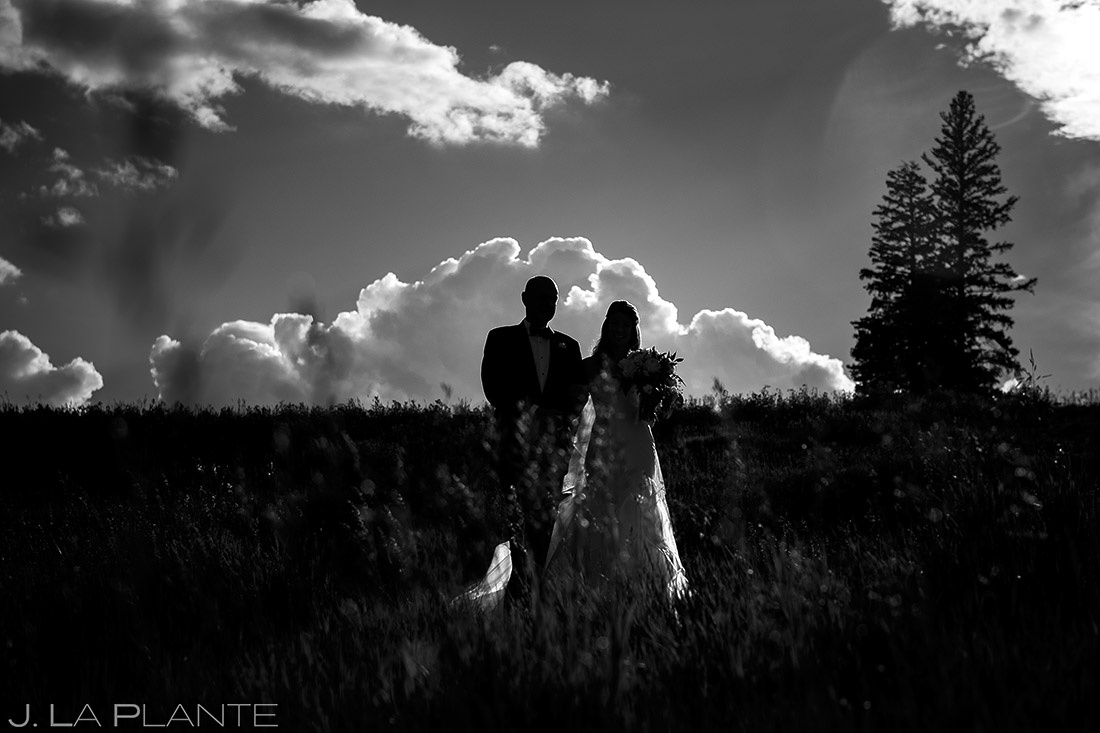 A far cry from the electronic pop you probably know Moby for, this plays like a classical composition with a modern twist. It will definitely take your processional to a higher emotional level.

I first heard this song while watching the climax of the 1995 Pacino/De Niro movie “Heat.” I won’t ruin the end of the film for you in case you haven’t seen it, but it’s an extremely moving scene made even better by this extremely moving song. Plus, it’s an instrumental, so it will be perfect if you’re looking for something a bit more understated. 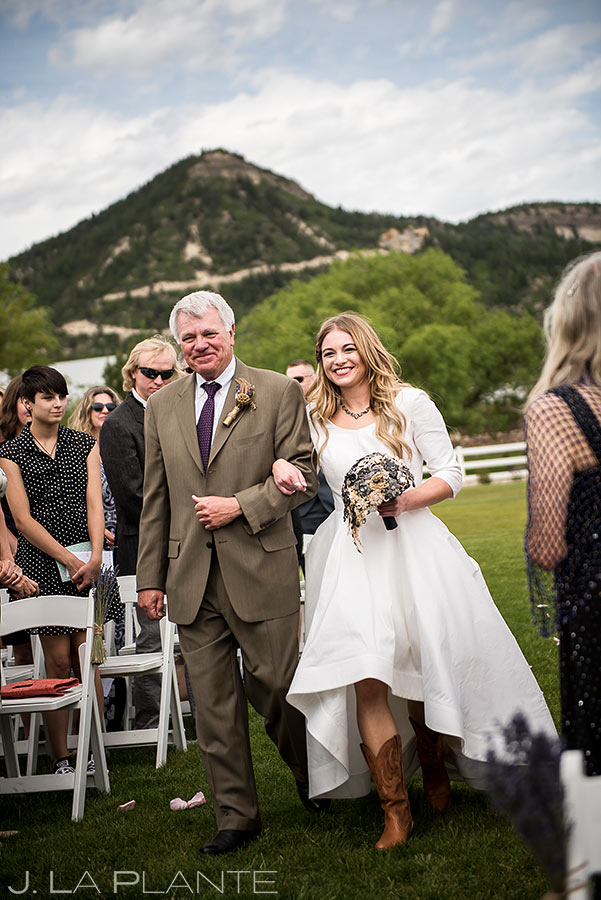 We’ve photographed weddings for nearly nine years, and during that time we’ve collected hundreds upon hundreds of “behind the scenes” candid shots of ourselves working. Whether taken by me or Moira or by an assistant or an aspiring photographer who came along to “shadow” us, these photos always seem to offer a unique perspective into…

Lindsey and Chris’s Buena Vista wedding this past weekend felt more like a music festival than a typical wedding. Which is exactly what the couple was going for and exactly the kind of thing we love to photograph! The first hint of that laid-back festival vibe came just before the ceremony started. As I was…

Wedding season rolled on as we had the pleasure of photographing Kara and Todd’s summer wedding at Shupe Homestead last week. We started the day documenting the newlyweds-t0-be getting ready at their respective houses in Boulder before heading over to Heil Valley Ranch just north of town for a first look and couple’s portraits of…

A couple weeks ago, we wrote a post about whether or not you should consider having a small wedding to stay safe in the time of COVID-19. Event sizes are likely to be limited for the foreseeable future, which means that if you’re getting married this summer, you might need to either whittle down your…

Jesse and I have traveled extensively. One of the things that’s stuck with me throughout our wanderings is that every single state thinks that they have claims on the phrase, “Don’t like the weather? Wait five minutes.” I’m here to say that Colorado has officially cemented its rightful ownership. Just ask anyone who attended Kristin…

Leanne and Devin have a liiiiiittle bit of a competitive streak. The first time I noticed this at their Lodge at Cathedral Pines wedding was during the pre-ceremony preparations. Devin had hooked up the sound system to his smart watch and given the watch to their friend Loren, who was helping them out by wrangling…